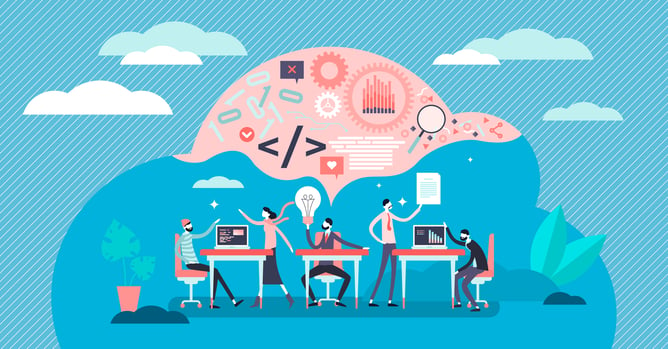 Hackathons are sprint coding events, typically running for 48 continuous hours, that give developers the opportunity to tap into that sense of creativity that got them hooked on coding. These events let developers test out ideas they may not have had an opportunity to explore, all while competing in a supportive environment of peers and colleagues. 2600Hz is excited to be sponsoring this year’s SpawnFest, a BEAM-based hackathon that will be taking place on September 18th and 19th. Ahead of this year’s SpawnFest, we sat down with two of the event’s organizers--Bryan Paxton, a board member for the Erlang Ecosystem Foundation and a software engineer with Erlang Solutions, and Pablo Costas Sánchez, a software engineer at Klarna--to share information about this exciting event with the 2600Hz community.

Could you describe what SpawnFest is and how the event works?

Bryan Paxton: SpawnFest is an annual, 48-hour online software development contest. Basically, sponsors put up prizes, hackers sign up for the event, and then they get together and jam out software projects that are then judged by a pre-selected jury. At the end, the judges go over the projects, winners are selected, and the sponsors deliver the prizes to the winners.

I’d actually like to call out the jury that we have. Our panel this year is Laura Castro, Brooklyn Zelenka, René Föhring, Quinn Wilton, Evadne Wu, and Kenji Rikitake. Having that strong, highly experienced jury is really essential to this contest.

Could you give us a little more information on signing up?

Pablo Costas Sánchez: The event doesn’t have an in-person location. Because nobody is forced to travel anywhere, we typically have participation from around the world. There is no cost associated with the event, all one needs to do is take a few moments to fill out the registration form to enter either as an individual participant or as a team. There’s also the opportunity to ask the organization to place you within a team, so you don’t really need to know anyone else in order to participate in the event.

What languages will be used in SpawnFest?

Paxton: Any language that runs on the BEAM or the Erlang VM can be utilized. So, Erlang, Elixir, LFE, Gleam, Clojerl, Caramel, etc. We also allow what we call “side band languages.” So, for example, if you’re doing a web application, you may want to make use of some Javascript in that. But the more BEAM language you use in your project the better, and the judges do take that into account. I mean, technically, a hacker could write a small module in a BEAM language that calls out to another language, and then that second language does everything. But, judges are not going to look kindly on that, so it’s best to just keep everything running in your favorite BEAM language.

What’s in it for the developers? Are there any other benefits a developer could take away from the event besides a prize?

Sánchez: I’ll tackle first the list of prizes--we currently have tickets to upcoming CodeSync and Erlang Solutions conferences, multiple Oculus Quests, a reMarkable 2 tablet, a handful of online gift cards, and a few subscriptions to online trainings in multiple coding languages, and more to come!

In regards to the other benefits that developers can take away, there are quite a few. They can benefit from networking with people on their team, since you can be placed in a team by the organizers. There’s also the opportunity for developers to opt-in to give their information to the sponsors, thereby growing their network and possibly landing a new job. The event also provides a lot of hands-on experience in different languages of the BEAM, if the developer doesn’t have much experience or has some ideas or frameworks they haven’t had the opportunity to test out yet. And, also, every project that comes out of SpawnFest is open source, so it can really affect, either directly or indirectly, the BEAM ecosystem. Finally, developers can also get exposure out of the event since we will be announcing all teams participating in the event after registration closes.