Lessons from Sandy on Outages and Customer Communications

Many companies are just getting started in social media and navigating that ocean of public opinion can be a handful. Customers can give your firm a positive, or a negative, image in a moment’s notice — via Twitter, Facebook and other sites. Maintaining a positive appearance is becoming more important as potential customers often research these sites prior to signing up for a service, to check your reputation, as they should.

One of the most important times to ensure you have a positive image is during your handling of issues that impact your clients. No situation has proven this more than Hurricane Sandy.

Whether your telecom is “in the cloud” or in a back server room, outages can happen to anyone. And they do. Even with architectures as vast as Google’s and Amazon’s, we’ve all heard of such issues, including people like Skype. It’s during these times – the times when the pressure is on to get things up and running again – that transparency to customers has become paramount.

Customers often ask for status updates or a number to call when something goes wrong. To some degree, this direct customer contact is also important because it helps companies experiencing issues gauge how much impact an issue is causing. But in reality, having to staff hundreds of phone lines with people who are not actually doing anything to fix the problem is a drain on resources.

With today’s networks and monitoring tools, there are other options – and they are equally as effective. In fact, we’d argue, they’re more effective.

Sandy provided many, many interesting examples to us here at 2600hz. As we watched the storm progress, we saw outages from bandwidth.com, Windstream, Verizon and other high-profile providers in the NYC metropolitan area. Each one of these providers responded differently to the issues, but it was fairly obvious that, between email lists, Twitter and other resources, the customers were watching – and chatting – about how each company was handling the issue.

Most notably, if a company was having an issue and didn’t acknowledge it for a while, there was notable animosity from the on-lookers. If a company noted the issue but didn’t provide any detailed status or a plan for what they were doing, there was notable frustration from customers about a lack of details.

And most interesting… If a company provided a blog, pictures and a detailed explanation of what they were doing, they got write-ups in the newspaper, support from customers and in some cases even new customers.

A Picture is Worth A Thousand Words

You can staff phone lines with hundreds of people to try to explain what’s going on – or, you can post a picture.

Posting pictures has been particularly powerful for multiple companies, and has resulted in customers praising the staff of multiple companies when, normally, those same companies might be bearing the brunt of insults, refund demands and anger. In particular, JetBlue (http://blog.jetblue.com/) posted pictures of flooding, explaining why they were unable to fly into LaGuardia. The comments section reveals compliments and best-wishes to their staff. Imagine, an airline getting compliments.

Peer1 is perhaps one of my favorite stories. They posted a grim outlook for their datacenter to their customers, a sort-of worst-case scenario note, but then subsequently posted pictures of an obviously tired team wearing head-lamps and wading through dark hallways to refuel a datacenter’s power generators. http://status.squarespace.com/ if you care to check it out. They managed to remain up and avoid a catastrophic outage. But possibly even more important, the dedication their team displayed landed Peer1 stories in the Huffington Post, the New York Times and various other publications. So much for needing a paid P.R. team! 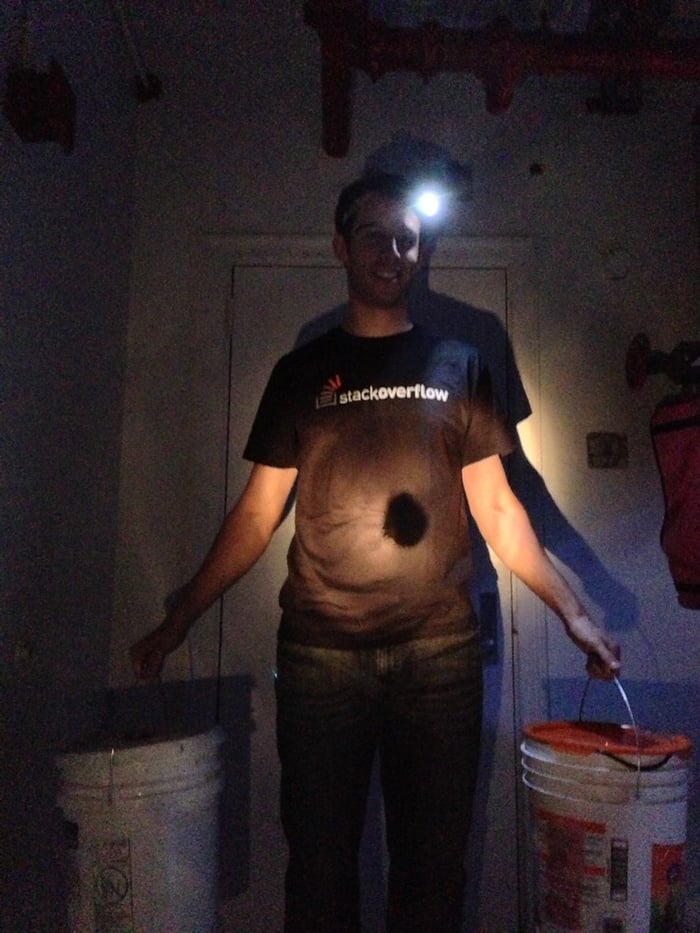 In Telecom, and probably in many other industries, it’s often easy to dismiss customers as being ignorant or even unintelligent when they complain. Telecom is insanely complex and most end-users take it for granted until things go wrong. But the reality is, telecom isn’t an end-users primary job – it’s yours, the telco. End-users expect you to handle, well, everything. And when things happen that impact them, they expect you to fix it. This isn’t really that unique – you would expect your grocer to fix a problem with food supply chain issues. But you don’t necessarily go to the back room of the grocery store and help unload groceries when the store is having a staffing issue. Unless, maybe, they post a picture of how dire the situation is. Then your goodwill and desire to help just might kick in.

A Lack of Updates is … well… you know…

There are also examples of what not to do.

CallCentric is an example of a provider who has been down for over a day, with no updates to their customers except the equivalent of “we’re working on it.” They claim to have staff on-site ready to do, well, something, but there’s no visual representation or solid communication strategy explaining the outages they are experiencing. Many of their customers are frustrated and have taken to publicly bashing on the company. The company is clearly struggling and this is probably just the beginning for them.

It is unclear whether the company actually had any redundancy to start with besides a single datacenter. My guess is they did, but they probably lost both data centers which they didn’t expect. But the problem is that nobody knows – their responses don’t tell a story and so people are making up their own stories, in public, quite loudly. That’s a problem.

In general, we’ve heard customer service reps decline to explain details about situations to a customer in great detail because they don’t think it’s worth the time and are concerned the customer won’t understand anyway. Pictures help solve that, even with complex issues like telecom. If you tell a customer you are redundant and then you go down, they don’t believe you. If you try to explain it to them, they may still not believe you. But if you show them a picture of how your routing is setup and then a link to pictures or blogs for the areas the links go to that also show outages, the customers start to get it. The pictures aren’t required, but they sure help drive home the reality of the situation.

Just as Development Rolls and Engineering Rolls are Merging, So Are Marketing and Support

Marketing and Support are no longer able to enjoy the isolation bubble they have previously. It used to be that your marketing department could project a very positive image while many customers actually perceived that same company negatively, and it would take a long time for people to really understand what’s happening. Issues with customer support didn’t necessarily relate to the company’s public reputation. At least not quickly, anyway. But now with consumers who can use the same channels for marketing as for voicing support issues have changed the landscape completely. The two can no longer stay separate.

Companies must get smarter and more transparent. This starts from within.

Your marketing team must not only be made aware immediately when the Ops or Engineering team sees a customer-impacting issue, but they must learn how to present the issue in a way the end-user can understand via mediums the end-user gravitates to. Pictures, blogs and so-on with well-written FAQs and articles explaining the situation.

The best way to deal with issues has always been to get ahead of the issue, but now this must be done quite literally in real-time and continuously. And it must have the finesse of good messaging and a little dose of reality to be effective via the real-time channels. Companies have to talk about how they’re getting back to business so their clients don’t have to worry about their supporting services.

Focus on getting back online, do it with transparency and the public will adore you. Get people back up, and open for business!

Part 1 of 3 in our Disaster Recovery Series. Check out Part 2 here.